Yesterday marked the first day in a LONG time that I got out with the dogs and took a walk.  I decided that with the slightly cooler days and lower humidity, it would be a great time to stop being a couch potato every evening.  So, I strapped Thumper into his harness, and Lightning into his leash, and we set off down the street.  Yes, I was walking the two dogs by myself.  Almost as soon as Thumper dragged me through the door, I realized that something was wrong with his harness.  It took a few blocks but I finally figured out what it was:  I put the darn thing on him backwards.  Instead of it providing me a good grip on him, he had a good grip on me, and he pulled me everywhere, and poor Lightning was just along for the ride.  Being the obedient dog, he stayed in heel position most of the time.  I'm sure he wondered why we took such a helter-skelter path around the neighborhood....

So, on this walk from hell, I realized three truths:
1.  I am really out of shape.  Of course I was dragging 110 pounds of dog with me, but still, I am really out of shape.
2.  Thumper is afraid of little kids, particularly boys.  I found this out when my neighbors' little boys yelled "Doggies!!!" and ran up to us.  The Daddy followed them, and asked (while patting Thumper's head), "Oh, when did you get this dog?  How hold is he?  He looks really young - and terrified!".  I looked down from talking to the Mom, and saw that Thumper had run to stand behind my legs.  He was peering around timidly at the youngest boy.   Yep, that's my big bad Thumper.  Scared of a 2 year old.  Lightning, meantime, was gathering as many pets as he could.
3.  Obedience training is so worth the time and effort.  And I need to invest some of that in Thumper.  This truth I realized as my right arm was numb from trying to reign Thumper in and my left arm felt fine because Lightning had been walking on that side.
As we got near home (finally!),  I paused to talk to another neighbor, and her little ones rode their power wheels toy up to us.  One angelic looking little girl with curly blonde hair asked if she could pet Lightning.  I said yes, and she cautiously held her hand out, and he sniffed it and let her pet him.  Next thing I knew, she was hugging him.  Lightning was eating this up, leaning up against her and holding his ears back in a cute, puppyish kind of way.  The little girl then cautiously looked at Thumper (who was hiding behind my legs again), and looked back at Lightning.  Then she said, "This is the goodest dog, isn't it?", referring to Lightning.  I said yes, he is a good dog.  Then she pointed at Thumper at said, "And he's the baddest, huh?".  I explained that no, he's not bad.  He's just young and doesn't listen too well yet.
After answering her, I realized that time is passing, and before long, that answer won't be true anymore.  He won't be a young and ill-mannered dog.  He'll just be an ill-mannered dog.  I think I've put off obedience training him because I love all the silly things he does, and once he's trained, I'm afraid he'll lose his silliness.  After the walk from hell, I think it's time to put those sentimental concerns aside and start the obedience training.  **sigh**  True to form - I think I'll start tomorrow...today, I want to enjoy the silliness.  :)
Posted by Sherri / 2Rescues at 10:27 PM 1 comment: 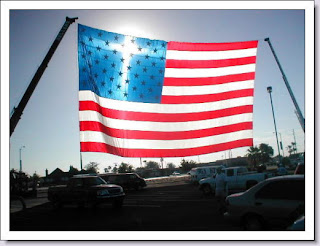 Guess what?  I got a new bed today!  I love my new bed...sleeping in it is even better than sleeping on the couch!  I'm not sure where I want it yet, though.  I've moved it a couple of times and haven't found the perfect spot yet.  I hope I can restrain myself from chewing on it and unstuffing it.  It is soft and it reminds me so much of my stuffed toys....

It's getting late.  I'm going to try to move my bed again.  Mom says it works better if I don't stand in my bed while I move it.  We'll see!

Thanks for stopping by,
Thumper 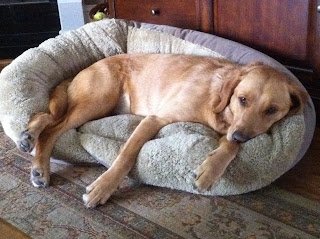 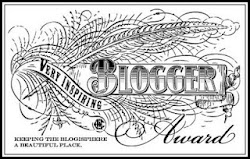